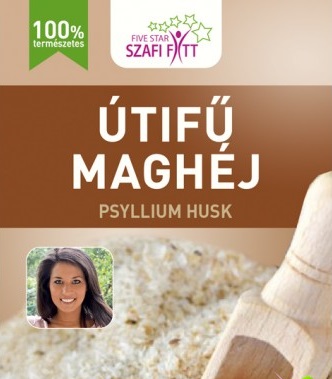 This product is not on stock at the moment

Some words about the product
Extremely rich in fiber, providing up to 71g of fiber per third of a cup.
Out of stock

Psyllium husk, also known as 'isabgol' is native to India, and is derived from the seed of a plant known as plantago ovata. It is extremely rich in fiber, providing up to 71g of fiber per third of a cup. It is a water soluble supplement, but indigestible, which makes it useful to promote healthy bowels and other gastrointestinal functions. It has also shown benefits to those who have high cholesterol and diabetes, and helps with controlling obesity and achieving weight loss.

As a dietary supplement, vigorously mix 1 tablespoon daily twice into at least 2 dl of water or juice and consume immediately.  Be sure to drink plenty of additional fluids throughout the day.  Start with smaller amounts and gradually increase over several weeks.

As has been mentioned before, the benefits of psyllium husk come from its high fiber content. It contains both soluble and insoluble fibers that affect the body in different ways.

Promotes Healthy Bowels
Psyllium husk helps in keeping the bowels healthy with the following benefits:
If consumed regularly, it has a healthy laxative effect, which cannot be achieved by other laxatives that we consume. In fact, those laxatives cause the bowel to become dependent on them and induce the lazy bowel syndrome. It is therefore, a perfect solution for constipation.
Psyllium husk promotes the growth of healthy bacteria in the stomach that aid digestion and the absorption of important nutrients in the body.
While it is useful for those who are constipated, it also benefits those suffering from diarrhea. This is because it becomes bulky when consumed and then absorbs water.
It is also known to be a cure for irritable bowel syndrome (IBS), though in some cases it has been found to worsen the condition.

Reduces Cholesterol Levels
Studies have proved that the regular intake of psyllium husk (a minimum of 8 weeks) reduces the levels of LDL (low-density lipoprotein) or 'bad' cholesterol in the body.

Enables Weight Loss
Psyllium husk powder, when consumed, becomes bulky as it absorbs water. If you wish to achieve weight loss, all you have to do is consume this powder 30 minutes before every meal. It will reduce your appetite and enable healthy weight loss.

Prevents Colon Cancer
The high fibers in psyllium husk make it an effective tool against the development of colon cancer. Not only that, the insoluble fibers make their way to the colon from the digestive system, and help in a natural colon cleanse.

Stabilizes Hormonal Imbalances
This benefit is particularly useful for women who suffer from hormonal imbalances due to menopause and other conditions. Consuming psyllium husk can help promote the production of estrogen in the body and stabilize any hormonal imbalances.