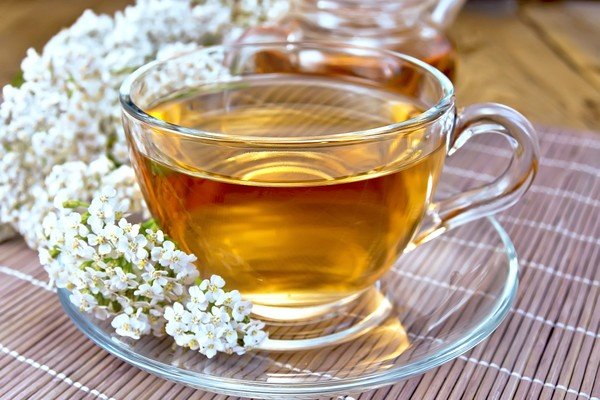 This product is on stock: 2

Some words about the product
Women's herb
Add to cart

Yarrow is one of the oldest and most widely used medicinal herbs. It looks ordinary enough, but despite an unassuming appearance, yarrow hides a wide range of health benefits.

Although some mistakenly view it as a weed, yarrow has earned itself the nickname of “cure-all”. It’s been used for everything from soothing fevers to healing wounds.

Yarrow also has some special health benefits for women and was traditionally used to aid childbirth. Here’s more about this ancient herb and how to benefit from it today.

Also known as milfoil, devil’s nettle, and many other names, yarrow grows wild in many different climates and regions. It belongs to the daisy family and has feathery green foliage and white or pink flower heads.

There are many different yarrow species and many colorful hybrids that have been bred for ornamental landscaping. For medicinal use, you should look for wild white yarrow or pink native varieties.

The Latin name “Achillea” is thought to be derived from legends of Achilles (a mythical Greek hero) who was said to have used yarrow to heal his soldiers’ wounds in battle. This is just one example of how important this herb has been to many different cultures throughout history.

Today, you can easily grow yarrow in a backyard garden and use the leaves and flowers to make home remedies. Or buy the dried herb in bulk to make teas, tinctures, and other recipes.

Yarrow is what’s known as an amphoteric herb. Instead of having a specific action, amphoteric means that it normalizes a body system.

This is what makes yarrow so helpful for women with irregular periods. It can be used as an emmenagogue to bring on delayed or absent menstruation. It can also be taken to reduce heavy bleeding during menstruation.

Yarrow is one of the herbs of choice for women with amenorrhea (absent periods) because it acts as a uterine stimulant.  It can be combined with other emmenagogue herbs like motherwort or taken on its own.

Yarrow has antispasmodic properties and can relax uterine muscles. This, along with its anti-inflammatory nature, makes yarrow very helpful for relieving menstrual cramps.

You can take it as a tea or tincture when cramping starts or make a yarrow compress to put on your abdomen.

To get the benefits of yarrow for cramps and/or an irregular cycle, try this Menstrual Melody tea.

Yarrow Benefits for Birth and Postpartum

Because it’s a uterine relaxant and can stop bleeding, yarrow was often used (and still is) by midwives to make childbirth easier. (Gladstar. Medicinal Herbs: A Beginner’s Guide, pg. 213)

However, you should not take it during pregnancy, and only use it as recommended by your midwife or health practitioner.

The benefits of yarrow continue even after giving birth. It’s a wonderful healing herb and can help with pain and soreness postpartum.

You can use yarrow for this purpose by making this herbal sitz bath.

One of the most longstanding uses for yarrow is as a wound healer. It has been known throughout history as an herb of choice for the battlefield.

Yarrow is a styptic herb, which means it can stop bleeding. This is due to a chemical called achilleine.

For wounds that won’t stop bleeding, fresh yarrow leaves can be mashed and applied directly to the wound. The leaves and flowers can also be dried, ground into a powder, and sprinkled on cuts to slow bleeding.

In addition, yarrow acts as an antiseptic to keep wounds from getting infected and reduces pain. One study confirmed that an ointment containing yarrow did improve wound healing, pain, and swelling.

Yarrow has benefits for reducing pain and inflammation beyond wounds. Its anti-inflammatory nature can aid different types of skin inflammation like eczema.

A yarrow poultice can reduce pain and swelling from sprains and bruises. It can also calm muscle spasms, cramps, and aches.

How to Use Yarrow for Health Benefits

One of the easiest ways to use yarrow internally is to make a tea with the fresh or dried leaves and flowers.

You can also take yarrow as a tincture or as a powder. The powder can be added to foods like smoothies or used topically on cut and minor wounds.

Yarrow is generally a safe herb to use. However, it may cause an allergic reaction, especially for people who are allergic to members of the daisy family (including ragweed).

Yarrow is not recommended for pregnant or breastfeeding women.

Avoid or use with caution if you take blood thinners or have a bleeding disorder. Yarrow should be discontinued 2 weeks prior to any surgery.

Enjoying the Benefits of Yarrow

By now, you should have a better idea of why this herb has earned the nickname of “cure-all”. Although it can’t actually cure every problem, yarrow has benefits for many different areas of health, particularly for women.