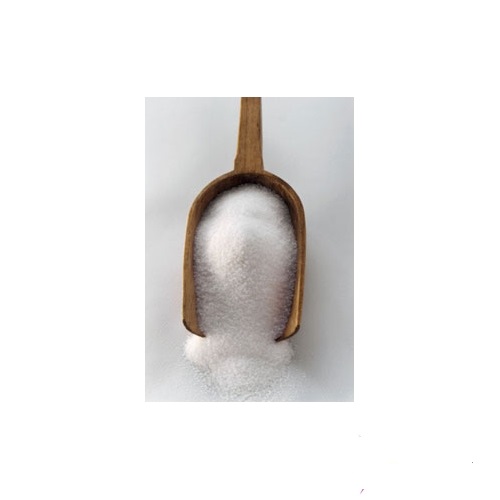 Some words about the product
Zero calorie sweetener
Add to cart

Erythritol, a polyol (sugar alcohol), is currently used as a bulk sweetener in reduced calorie foods. It occurs naturally in fruits such as pears, melons and grapes, as well as foods such as mushrooms and fermentation-derived foods such as wine, soy sauce and cheese. Since 1990, erythritol has been commercially produced and added to foods and beverages to provide sweetness, as well as enhance their taste and texture.

Erythritol is a white crystalline powder with a clean sweet taste that is similar to sucrose. It is approximately 70% as sweet as sucrose and flows easily due to its non-hygroscopic character. Like other polyols, erythritol does not promote tooth decay and is safe for people with diabetes. However, erythritol's caloric value of zero calories per gram and high digestive tolerance distinguishes it from other polyols. Because erythritol is rapidly absorbed in the small intestine and rapidly eliminated by the body within 24 hours, laxative side effects sometimes associated with excessive polyol consumption are unlikely when consuming erythritol containing foods.